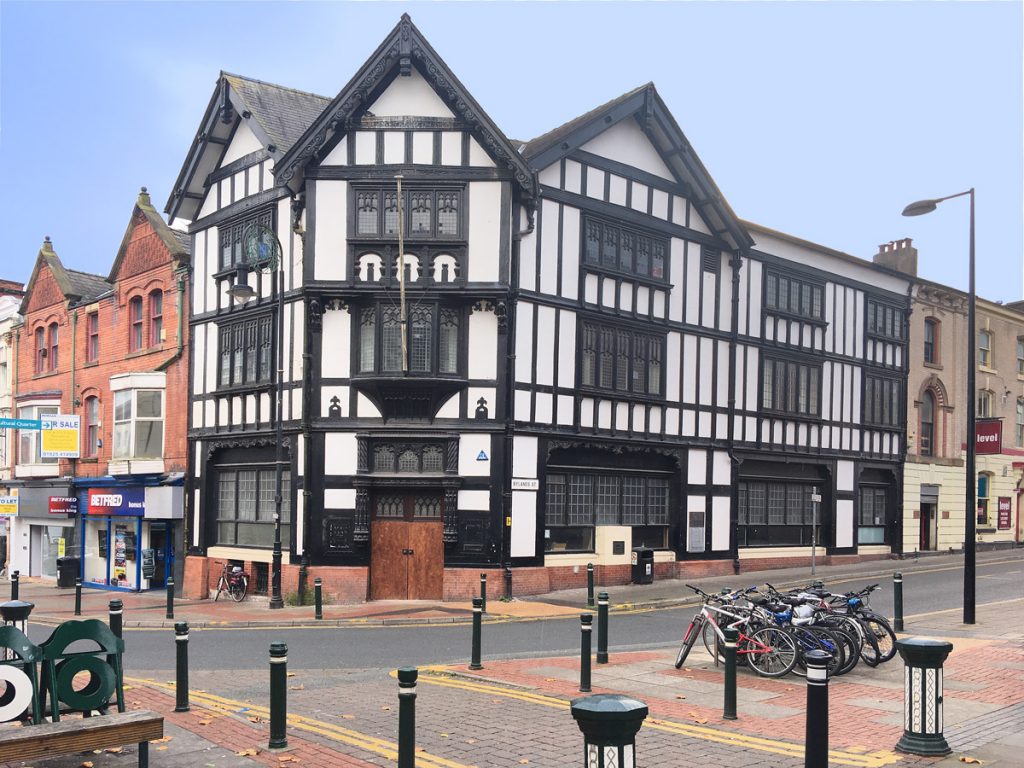 A Grade II listed former Barclays Bank, built around 1900 and situated on the corner of Bridge Street and Rylands Street. It is a half-timbered building in picturesque style having three storeys, with three gables on the front facing Bridge Street. The entrance is on the canted corner, and is flanked by barley-sugar columns. Features include Gothic window tracery, carved bargeboards, and small-paned mullioned windows.

The first and second floors have been converted to 8 apartments and the former banking hall on the ground floor and the basement are home to an artisan bakery and restaurant.